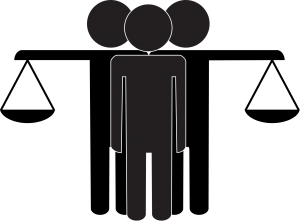 When taking into consideration the facts and personal circumstances, in particular the connection between the author/crime with the state of Spain, it is reached the conclusion that the expulsion is disproportionate – no Court will proceed with the granting of the substitution.
It’s important to know that the expulsion of a citizen of the European Union will only take place when the committed crime represents a serious threat to the public order or to the public safety, taking into consideration the author’s background, the circumstances and the gravity of the crime.
If the author had been a resident of Spain during the last previous ten years, the expulsion will still take place when the following conditions are also fulfilled:
the author has been convicted of one or more crimes against life, liberty, physical integrity and sexual freedom, crimes that are punishable with a maximum prison sentence of more than five years, and there is a serious risk of committing crimes of the same nature;
the author has been convicted of one or more crimes of terrorism or other crimes committed within a criminal group organization.
When the expulsion is granted, the foreigner will have the prohibition to return to Spain within a period of five to ten years, counted from the date of his expulsion, given the duration of the replaced sentence and the personal circumstances of the prisoner.

Comply with the penalties that were substituted

What is more, if the expelled foreigner returns to Spain before the expiration of the legally established period of time, he will comply with the penalties that were substituted, unless, exceptionally, the Judge or Court reduces their duration when their compliance is unnecessary to ensure the defense of the legal order, taking into consideration the time elapsed since the expulsion and the circumstances in which the breach occurred. However, if in this situation, the foreigner is caught at the border, he will be expelled directly by the government authority, starting to re-compute the period of prohibition of entry.

If you want to find out more information about the process of replacing a prison penalty with expulsion, or if you have any questions related to the legal area, don’t hesitate to contact Barcelona lawyers of the Marin&Pasalodos law office. We are specialized in commercial law, civil law, administrative law and criminal law, and will offer full professional and emotional commitment in order to obtain a satisfactory result for our clients! You can reach us at the phone number (0034) 932006766, or by e-mailing us at secretaria@marinpasalodos.com. Thank you for trusting in us!

Business in Europe – Spain and Romania vs the United States: How to Open a Limited Liability Company

Business in Europe – Spain and Romania vs the United States: How to Open a Limited Liability Company

How to set up a company in Spain as an expat? (QA)

May 20th, 2020 | 0 Comments
Announcement regarding the quarantine of the persons who arrive in Spain from foreign countries

May 15th, 2020 | 0 Comments
Legal considerations on the Spanish Ministerial Order SND/370/2020, which regulates the movement of children and its conditions, in the context of coronavirus

Legal considerations on the Spanish Ministerial Order SND/370/2020, which regulates the movement of children and its conditions, in the context of coronavirus

You can find out more about which cookies we are using or switch them off in settings.

This website uses cookies so that we can provide you with the best user experience possible. Cookie information is stored in your browser and performs functions such as recognising you when you return to our website and helping our team to understand which sections of the website you find most interesting and useful.

Strictly Necessary Cookie should be enabled at all times so that we can save your preferences for cookie settings.

If you disable this cookie, we will not be able to save your preferences. This means that every time you visit this website you will need to enable or disable cookies again.